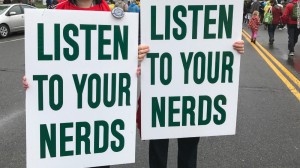 The March for Science held yesterday in cities around the world demonstrated how many people support science, research, and the fact-based decisions. Many rallies and marches are emotional outbursts against injustice, but this one had a slightly different tone. People who marched care passionately about basing public policy on facts, not profits, not quick-fixes, but long-term solutions for our world. And judging by the enthusiastic support they received from the public and media, it seems that many Americans agree with them.

In honor of some of the pioneers who helped develop the science and technology, I am repeating a tribute to Ada Lovelace published in this blog a few years ago.

Who was Ada Lovelace and why is she celebrated? You can still get a few arguments about whether she deserves the distinction, but she certainly had an unusual life. She was born in England in 1815 and was the legitimate daughter of Lord Byron, quite a feat in itself because the famous poet fathered all of his other children with women who were not his wife. Still, being born legitimate is not an achievement for the baby, who has no choice in the matter. Ada Lovelace (born Augusta Ada Byron) had to be an unusual woman to earn a reputation of her own and gain lasting fame. And she was.

Despite having an irregular upbringing with a mother so focused on hatred for her husband, Byron, that she had little time for her daughter, Ada Lovelace had a good

education. Her mother encouraged tutors to teach Ada mathematics as a way to ward off the tendency toward madness that she believed affected Lord Byron and his family. Ada took to numbers and became a competent mathematician as well as mastering several languages.

Ada Lovelace moved in high social circles. She became Baroness King when she married William King. The couple had three children, but Ada still had time to continue her friendships with both men and women. She became an avid gambler and tried to find mathematical models to help her and her friends find formula which would increase their winning. That, unfortunately, didn’t work and she went deeply into debt. Her love of mathematics, however, continued.

It was her friendship with Charles Babbage, the inventor of the Analytical Engine, a first attempt at a computer, which led to her developing an algorithm to allow the analytical engine to compute Bernoulli numbers. It was this which led to her being considered the first computer programmer.

Scholars have debated how much of the programming work was done by Ada and how much by Babbage, but perhaps it doesn’t matter. Whether or not she actually was the world’s first programmer, she certainly achieved far more than anyone would have expected of a 19th century woman. And all that she achieved was done before she died of cancer at the age of 36.

It is fitting that we now have an Ada Lovelace Day celebrated every year in mid-October. The day is dedicated to honoring the past achievements of women in science, engineering, technology and mathematics and to encouraging women to enter these fields. You can find a number of biographies of Ada Lovelace, many of them aimed at children and teens. It is too bad there aren’t more biographies of other women scientists. One outstanding memoir, a recent best seller, is Lab Girl by Hope Jahren. Anyone interested in knowing what it means to be a scientist will find it well worth reading. 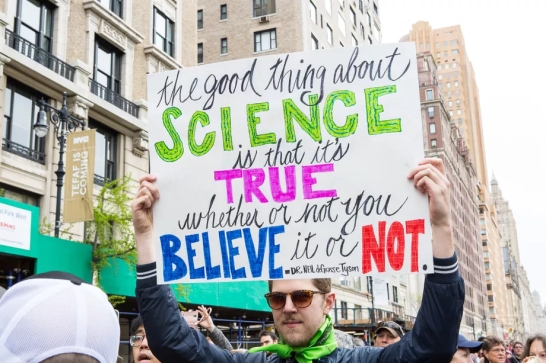 5 thoughts on “Marching for the Facts”