Few art forms have quite as split a personality as book publishing does. In the spring, the season of literary awards and prizes, we can read the lists searching for books that have

been read by most readers and find almost nothing. The prize-winners often languish in libraries and are assigned in classrooms, but remain unread by the majority of American readers. Instead it is genre fiction that reaches the mass of readers and enriches the authors who are lucky enough to reach huge popularity.

Today’s New York Times published an article about the phenomenon of  a fantasy writer, Cassandra Clare, whose book tours, as the article points out, are more like those of a rock star than of a writer. She writes books that touch the lives of far more people than those of the authors whose books are reviewed in the newspapers book review section.

This is nothing new. The phenomenon of the author who has wild success with a so-called sensational book while a literary figure languishes in obscurity has been going on for centuries. Here are the opening lines of a book by a well-known 19th century American writer that I doubt you will recognize:

To and fro, like a wild creature in its cage, paced that handsome woman, with bent head, locked hands, and restless steps. Some mental storm, swift and sudden as a tempest of the tropics, had swept over her and left its marks behind. As if in anger at the beauty now proved powerless, all ornaments had been flung away, yet still it shone undimmed, and filled her with a passionate regret.

Does that sound like the staid author, Louisa May Alcott, whose books have been read by so many young readers over the years? Alcott did not stick to the sensational mystery stories she started out with but switched to writing family stories aimed at young girls. She found great success with these and was able to support her whole family for many years, but there is some evidence that she would have liked to write a different kind of book for adults. Unfortunately she was never free enough from economic and social pressures to do that.

Many women, over the years, have turned to genre fiction rather than aiming for high literary quality.  Today’s romance fiction is dominated by women writers, and women readers too. It is one of the most successful areas of publishing yet it is almost never seriously discussed as literature.

Mystery stories are another highly successful form of fiction. Did you know that Agatha

Christie, according to UNESCO,  is the world’s most translated author? It is interesting to consider that while many prize-winning books remain unknown outside of the English-speaking world,  Christie’s books have presented a version of English life to audiences around the globe.

Although the mystery genre is not as closely associated with women as the romance genre is, according to the organization Sisters in Crime, almost 70 percent of mystery readers are female. And if you look at the lists of mystery books published, you will find that about half of all mystery story writers are women. Of course with all the sub-genres of mystery story from hard-boiled detective to the cozy kitchen mysteries, some are associated far more with women than others are.

What does all this mean? Just perhaps that those of us who think of ourselves as avid readers ought perhaps to try different genres once in a while. We might find that the ones we have avoided all our lives may be just what we are ready for now. 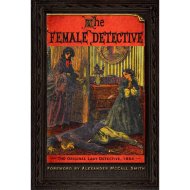 And I’d like to offer a cheer for the British Library which has begun publishing a series of historical mystery stories that add to our knowledge about the history and background of mystery stories. Perhaps eventually they will do the same for other genre fiction.

One of the saddest sentences in the obituaries for Merle Haggard that appeared after his death this week was “He spent his 21st birthday in solitary confinement”. Somehow Haggard turned his life around and eventually became a successful country music star 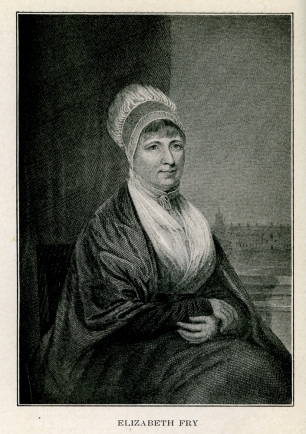 instead of spending much of his life in prison,. Not many prisoners are as lucky. We now know that spending time in solitary leads to mental and psychological consequences that often last for a lifetime. But deciding what kind of punishment is appropriate for men and women who have committed crimes is a problem that has not yet been solved.

Public shaming, such as having people wear a red letter to let all their neighbors know about their crime was a favorite punishment during the eighteenth century. Anyone who has read Hawthorne’s The Scarlet Letter will remember Hester Prynne and the red letter “A” for Adulteress that she was sentenced to wear. As society became more urban, public shaming was less effective—people didn’t care so much what their neighbors thought of them.

Countries then turned to harsher punishments. In England the death penalty was given for crimes such as stealing even small items. But this did not deter crime either and sometimes encouraged people to commit larger crimes. If you could be hanged for a theft,

you might as well kill any potential witnesses. Samuel Johnson wrote during the 1750s,  “If only murder were punished with death, very few robbers would stain their hands in blood; but when by the last act of cruelty no new danger is incurred and greater security may be obtained, upon what principle shall we bid them forbear?”

By the beginning of the 19th century, many people were calling for a change in the prison system, but few people had ideas about how this could be done. Most improvements in prison life have been the result of  the persistent work of individuals, many of them Quakers, who insisted that even people who break laws should be given a chance to reform instead of merely being punished. One of the earliest pioneers in this work was Elizabeth Fry.

Born into a prosperous Quaker family in England in 1780, Elizabeth Gurney would have been expected to be satisfied with life as a wife and mother. After she married another Quaker, Joseph Fry, she settled down to bear and raise eleven children. Many women would have felt this was quite enough work to keep her busy, but Elizabeth wanted to contribute more and wrote in her journal, “I fear that my life is slipping away to little purpose.”

A visit to the notorious Newgate Prison convinced her that prisoners, especially the female prisoners, who often had their babies and small children with them, could be taught useful skills. She persuaded prison authorities to have female guards for the women prisoners and she founded the Association for the Improvement of Female Prisoners in Newgate which ran a school in the prison and taught useful skills such as needlework.

At first many people opposed her work. The Home Secretary complained that she was removing “the dread of punishment in the criminal classes”. Eventually, however, she

found support among important people including the Prime Minister,  Robert Peel. Elizabeth Fry testified before a Parliamentary Committee, which influenced the Goals Act of 1823 which specified that women prisoners should be governed by women and that jailers should be paid a salary so they would not need to take money from prisoners.

Not all of Elizabeth Fry’s proposals have been accepted. She was a strong advocate for the abolition of capital punishment and she argued against keeping prisoners in solitary confinement, or as it was then called, the “Separate System”. Prison systems in Europe and America have never returned, however, to the cruel conditions that prevailed before her work started.

As a final tribute, since 2001 Elizabeth Fry’s picture has appeared on the British five-pound note, so probably far more people recognize her face than know what she did to earn the honor.