A new school year is beginning all across America and children are pouring into their classrooms to start, or continue, their journey toward knowledge and a good life. One of the standard pieces of advice given in schools is “You can be anything you want to be.”

Hillary Clinton has set a new goal now that she is running for president and has a good chance of winning. She posted on Twitter To every little girl who dreams big: Yes, you can be anything you want—even president.

The trouble with telling children they can do anything is that it’s just not true. Strangely enough, we have a popular movie out this month with an example of the limitation of

dreams. Florence Foster Jenkins chronicles the story of a woman whose dream was to be a concert singer. Because she was wealthy, she was able to achieve her desire to give concerts. But no one would say that she had achieved her dream of being a great singer. One of the attractions that brought audiences to hear her is that she simply could not sing and many people found pleasure in watching her fall short.

Jenkins was lucky to have been able to cushion the failure of her achievement because she had money, love, and friends. Many other people discover that they have to move on to new dreams. The boy who dreams of becoming a major league pitcher, discovers his throwing arm will never get him beyond the tryouts. That’s when the real test of the dream occurs. Some people sink into bitterness making their lives, and the lives of their families and friends, dismal. Others use their athletic prowess to become great gym teachers and coaches. And a dream of making your high school team the state champions is not a bad one to follow.

Most people’s lives take many twists and turns. You start out with one dream, switch to another, and move on sometimes to find far more success and happiness than you had expected. Sergei Diaghilev, the world famous producer and founder of the Ballets Russes, was a man with many dreams. Born in 1872, he grew up under the czarist regime in Russia. When he was a teenager, his father went bankrupt, so Sergei had to help support his family. His first love was music and he dreamed of being a composer. He studied composition, but was told by his teacher (the famous composer Rimsky-Korsakov) that he lacked the talent to compose music.

Unlike Florence Jenkins, Diaghilev decided to give up his first dream and to pursue his interest in the arts and dance. He started a magazine to publish Russian writers and later

founded the innovative dance company the Ballet Russes. With the ballet company, Diaghilev toured France and other European countries. He worked with famous artists, including Pablo Picasso, Erik Satie and Claude Debussy to produce unforgettable ballets, using modern music and modern artistic sets. His innovations revolutionized the dance world. He seemed to have a hand in all of the artistic ferment of 1920s Europe. If you want to read a good biography, you can’t do better than try Diaghilev: A Life by Sjeng Scheijen.

The trouble with telling children they can become “anything they want to be” is that, when they don’t reach that goal, it seems as though they fail. But no one is a failure because she, or he, doesn’t become President. In fact, it is a mathematical impossibility for every child to become President, or for every child to win a gold medal at the Olympics. So why do we tell them they can all reach these impossible dreams?

Perhaps we should be honest with children. Instead of telling them “you can achieve anything” we should tell them the truth: “you can dream and build a good life if you are willing to stay flexible and let your dreams change and grow.” Perhaps we ought to encourage them not to have one dream, but to have a bouquet of dreams. If one dream wilts and dies, another will take its place. Happiness is usually found not by holding onto one unchanging dream for a lifetime, but by being open to new dreams and new hopes and being willing to work to reach them. 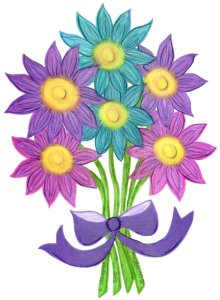