Many movies this summer feature fantasy characters inhabiting a fantastic world created in the filmmaker’s mind. Fantasy fiction is the choice of young adult readers who pore over lengthy descriptions of future life. Oddly enough, many of the fantasy worlds of the future seem to resemble one another. The same electronic doors slide open to admit the threatening villain’s as did a generation ago in Star Trek. Human imagination, after all, has its limits and Utopian futures go through cycles often offering predictable versions of what life will be like.

More surprising than fantastic futures are the forgotten realities of the past.  “The past is

a foreign country” as L.P. Hartley wrote, but few people take the time to understand how different it was. We assume that the people who lived years ago and wore funny clothes were in fact thinking and feeling just as we do. But when we read the books and letters they wrote, we are constantly being reminded that the past is far different from what we consider normal today. Even the small things like being able to contact friends and family at a moment’s notice is something that seems natural today. How did people get along without it?

When I was researching background for my first Charlotte Edgerton book, A Death in Utopia, set in the 1840s, I found the forgotten histories of the times an amazing treasure trove of trivia that brought the past alive. It wasn’t the detailed histories of presidents and society women

that gave me a sense of what was going on, but the long-forgotten memoirs and collections of letters from ordinary people that helped. In a book called My Friends at Brook Farm (1912) I learned that the young people who lived in that Utopian community had the same desire to be in contact with their friends as today’s teenagers do. John Van de Zee Sears describes the “peculiar whistle” they used to signal to a friend that they were near, and the answering whistle the friend would use to respond. This detail made the Farm community come alive to me in a way that formal histories never could.

Letters and diaries from the past record the way people felt about other people—sometimes far differently from the way we feel today. Van de Zee Sears tells us that “racial prejudice was cherished as a virtue” so his friends who lived in upstate New York in a Dutch settlement worried when he was sent to school among strangers in Massachusetts. To the New Yorkers with their Dutch roots, the people at Brook Farm were “English, that is to say, foreigners, strangers”. For a Dutch American to live among them was a big step. Knowing that helps us understand how long it took for Americans to embrace the diverse society the country was becoming.

A recent column in the Washington Post is a good reminder that even Benjamin Franklin and other founding fathers were far more provincial in their outlook than would be acceptable today. It is good to remember that the men who wrote our constitution were not 21st century men in funny clothes, but people whose lives and ideas were as different from ours as we are from the Martians in science fiction.

There are historians to meet every need. Clothes often lead us into understanding the past and appreciating the way our ancestors lived and felt. One of the most fascinating blogs that I read is written by two women who are the authors of popular regency novels. They call themselves “two nerdy history girls” and their blog posts introduce the fashions, furniture, and habits of the past. Would you like to know what underwear a Jane Austen heroine would have worn? Or how a woman wearing a hoopskirt could manage to sit down on a sofa? The nerdy history girls show us videos of how women dressed, how their clothes were made, and how they were worn. Learning about those clothes and how constricting they were helps us to know the women. After learning about the reality of everyday life, it is easier to understand why many women didn’t have the time or energy to demand rights for women.

Instead of celebrating the creators of fantasy worlds, I like to celebrate the historians who bring to life the world of the past and let us see what it was like to live in years gone by. The more we understand the past, the more we should be able to control our future. As for what Elizabeth Bennet wore—read the historians!

At a time when present day life often seems overly complicated and depressing, many 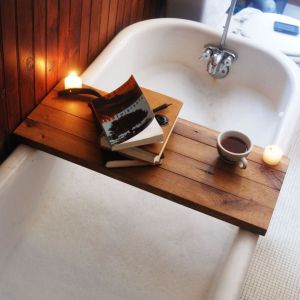 readers as well as many TV viewers choose to go back to earlier times. Somehow it seems as though life must have been simpler then, although the truth is that it wasn’t. Finding enough food for the family and keeping young babies alive was a lot harder than coping with an overcrowded bus on the daily commute.

Even though we know life wasn’t really simple in the old days, it’s easy to believe that it was because the problems were different. After all, the Regency heroines of romance novels never had to worry about having a scandalous video of their indiscretions turn up on Facebook.

But historical novels often deal with issues that are very current and similar to what’s going on today. Margaret Atwood’s Alias Grace might be set in a different time, but the

difficulty of judging guilt or innocence in a crime is a perennial problem. It will be interesting to see whether the TV version of Alias Grace treats the subject with as much depth as the book did.

TV is often scorned as offering a more sanitized and false picture of the past than historical fiction books. Certainly the imagined world of Downton Abbey which attracted so many viewers, brought people into a domain where servants and gentry shared not only an estate but also a world view. The master and mistress of the house cared about the servants and thoughtfully helped them through their troubles. In the end almost everyone made out all right.

Novels that deal with servants and masters are often far more frank than TV shows about the carelessness and cruelties that often make a servant’s life miserable. If you

really want a glimpse of what it was like to be a servant in early 19th century England, you might want to read Jo Baker’s Longbourn, which gives a fascinating glimpse of the life of a servant in the service of Jane Austen’s fictional Bennet family from Pride and Prejudice. Admittedly Jane Austen wrote about an earlier historical period than Downton Abbey, but it is hard not to believe that Baker’s view of the world is far more realistic than the one offered by the familiar TV series.

If you are a fan of historical fiction, whether mysteries set in medieval Europe or novels based on American history like The Underground Railroad, you’ll enjoy this great list of historical novels website.    Choose your century and ENJOY!

San Francisco is full of talk about Vermeer these days because a new exhibit at the DeYoung Museum is attracting crowds of people to see the famous Girl with a Pearl Earring and other paintings of the Dutch Golden Age. The Vermeer show seems to be attracting almost as many people as the Impressionists did recently.

Why does Vermeer attract so many viewers? The sheer beauty of his work, the light and color that infuse his paintings are surely part of the attraction, but it seems to be more than that. Vermeer shows real people in an intimate world that we can recognize even though the details are far removed from the 21st century. Many of his paintings feature women, which surely is an attraction for the female majority among the museum-goers. Vermeer shows women in everyday scenes, playing a musical instrument, reading a book, chatting with an attentive gentleman,

making lace. Well, all right, very few of us make lace these days, but most of us have handled a needle and thread if only to sew on a button.

There is a fascinating book called Vermeer’s Hat by Timothy Brook published a couple of years ago, which is not a study of Vermeer’s paintings, but an introduction to his world. Starting with the hat Vermeer features in several of his pictures, Brook expands on the number of items that Vermeer shows us which give us clues to his world. At first glance the pictures show us what seems a mundane world of domestic comforts, but knowing the background of some of the items lets us see them as keys to a new world. The hat brings up the subject of beaver fur and how important the fur trade was in opening North America to trade with Europe. Who knew?

The map on the wall in Vermeer’s rooms as well as his painting of The Geographer poring over a sheet on which he is presumably drawing a new map, shows us a world that was growing beyond the boundaries of Europe. During the 1650s and 1660s when Vermeer was painting, scientists and explorers as well as merchants were finding that the world was much bigger and laden with greater treasures than they had dreamed of. The history behind Vermeer’s paintings expands our understanding of why they appeal to us so much. The people seem alive because their world was opening up to them and the more we know about and enjoy their world, the more we can understand the possibilities in ours. It’s a perfect example of how looking at the past informs our feelings about today.

As 2012 ends, many people are looking back toward history rather than ahead. After all, what is ahead for us except the dreaded “fiscal cliff” a phrase designed to frighten us all. One of the major entertainment successes of the fall, aside from the inevitable fantasies of hobbits and talking animals, has been the story of Abraham Lincoln and his successful handling of a government crisis. 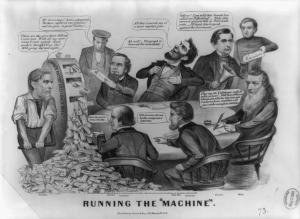 The popularity of this movie has pushed the history book on which it was based Doris Kearns Goodwin’s Team of Rivals to the top of the bestseller list here in San Francisco. It isn’t often that the general public agrees that history can be fascinating and can perhaps even give us insight into what is going on in the world today. We’ll never know how Lincoln would have handled the current fiscal crisis, but seeing how the men in that rambunctious Congress is certainly a reminder of what is going on in Washington today.

This sudden surge of interest in historical figures has cheered me as I look over the year’s progress in this blog. History is filled with figures who can both entertain and enlighten us. It’s a pleasure to read more about them and get to know them. Understanding how they thought and acted sheds a new light on what’s going on in our own world. One of the people who has been introducing women’s history to audiences for years is Bonnie Hurd Smith whose website and blog describe her busy life helping businesses and nonprofits craft their histories into stories for the public. Her book “We Believe in You” tells the stories of twelve women who made their mark on American history. If you don’t know her work, 2013 is a good time to learn about it.